My Mother's Journey with Breast Cancer 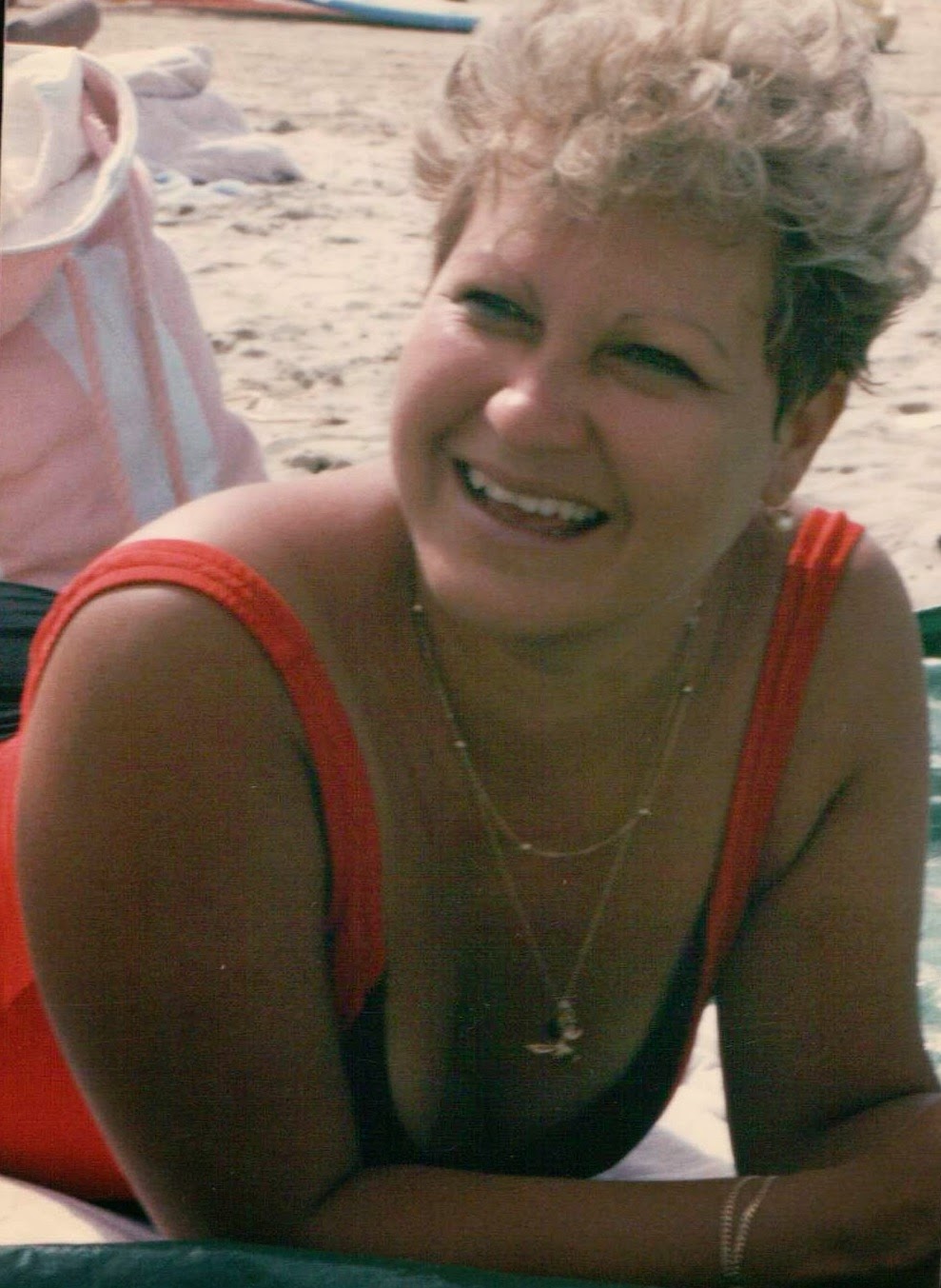 I don't even know how to begin writing this post or even if I should.  I have been very silent about my mother's breast cancer because I still find it hard to believe.  It just all happened so unexpectedly. Some days, it was just too overwhelming.  I tried to keep myself busy with work and my blog so that I wouldn't have too much time to think about it.  I can still recall the day when my mom said those dreaded words to me, " I Have Breast Cancer".  And truth is, nothing or no one will ever prepare you to hear those words.  I remember going completely numb. Unable to move or react.  And to make matters worst, my mom received the news all alone.  Could you imagine having to deal with all those emotions all alone???  I can't.  And the fact that my parents live in Florida meant that I could not drive to her home to hold her and comfort her at that very moment.  I asked God to to give me the right words to say to her but just like all amazing mothers, she was the one providing all the comforting and encouragement to me. And although I can hear a bit of fear in her voice, she did not shed a tear.  Her beautiful spirit was unbroken,  She asked her family to be strong and united for the journey ahead will be long and very difficult.  "But I am going to be fine, she said.  "We will get through this" she said.

Her journey began with a Lumpectomy to remove the cancer in her left breast, along with a small margin of the surrounding breast tissue.  Unfortunately, that first Lumpectomy was unsuccessful and she had to have a second Lumpectomy.  Again, the margins were not clear and so her Oncologist advised her to have total mastectomy in order to prevent any possibility of breast cancer re-occurring. After a couple of consultations with her Oncologists and her plastic surgeon, my mother decided to have breast re-construction following with her mastectomy.  She decided to have what they call "FLAP" re-construction which uses tissue transplanted from another part of the body such as belly, thighs, or back.  The surgeon also disconnects the breast tissue completely from its blood supply and reattaches the tissue to new blood vessels near your chest.  Because their is reattaching of the blodds vessels, the surgery and the recovery takes longer.  The entire surgery, including the mastectomy was going to last from seven to eight hours.

On March 12, 2015, my mother finally had her surgery.  Her mastectomy went well but her breast re-construction had some minor complications which extended her surgery to 12 hours.  Could you imagine a surgery this long?  This was the longest and most terrifying day of my life.  The waiting seemed endless and uncertain.  Panic and fear started to set in after eight hours of waiting.  I must have driven the poor ladies in the waiting area crazy.  But realizing that my father was just as nervous and terrified as I was, I talked myself into keeping it calm and together for the both of us.  He is has health issues of his own and this was certainly too much for him to handle.

After mom's long and complicated surgery, she was sent to  ICU.  The minute she awoke from her surgery, she was in severe pain and discomfort.  The color on her Flap appeared extremely dark.  But her surgeon re-assured us that everything was ok.  "We need to give it time" he said.  But the color on her Flap did not get any better.  On the second day, things turned terribly wrong,  The new flap or skin as they call it, was even worst in color and my mother's horrible screams and terrible desperation from the pain that she was suffering were even more unnerving.  I desperately called out to the nurses who immediately called all for help.  Her heart was starting to show signs of trouble and started having difficulty breathing.  It appeared that there was some internal bleeding but they could not be certain until they re-opened to see what was happening.  The surgeon said to me she needs to have another surgery.  To which I responded, "You have to be kidding".  She just had surgery that lasted 12 hours, you have been at the hospital just as long and are you capable of performing another surgery after such a long day.  More importantly, is my mother even able to withstand another long surgery??  Well, there was really not much choice in the matter.  It needed to be done at that point and so she had to undergo emergency surgery.  I have never been more scared or frighten in my life. Worried about her undergoing another long and delicate surgery was just too much to bare.  At times, I wanted to run off and scream my lungs out but I thank God for giving the faith, strength and ability to control my emotions and for giving me resolve to keep my father calm.  Although at times I would see his eyes fill up with tears and face with filled with worry, he managed to keep it together too.  But I tell you, there were angels watching over her.  My biggest blessing was seeing her sweet brown eyes open up after that second surgery.  She is strong and resilient.  I don't know if I be as strong.

We learned that she had developed a large Hematoma because there were problems with the new connected blood vessels.  The blood was pumping into her chest but unable to pump out and caused it to be swollen and to press against her chest.  Her surgeon had to take a vein from her leg to give it a larger opening for the blood to have better flow.  Her recovery will be slow but she is making great progress.  Some days are better than others.  Her mastectomy was successful and we pray that she continues to be cancer free.

Lastly, I cannot emphasize the importance of doing your research.  To learn all your options and to get as many professional opinions as you can.  To ensure that you are a good candidate for whatever type of surgery you choose to have and to learn all the risks before hand.  I am not a a professional on this matter but based on our experience, I don't think my mother was a good candidate for this "Flap" surgery.  And I would also have preferred for her to have the re-construction a few months after her mastectomy.

To say that this was a life changing experience is an understatement.  I learned lessons that will last a life time.  I also learned that faith, love and family will always help us endure the challenges and difficulties that life brings.  I will never forget how brave and courageous my mom was through it all. I will always remember dignity and resilience.  How she still put on a smile and had such a positive attitude through it all.  I am so proud to be her daughter.  She has taught me the best lesson of all. To cope with lives difficulties straight on and to not be afraid.   And for that reason, I felt the need to share my mom's journey.  And to give hope and information to other families that may be going through this difficult process. 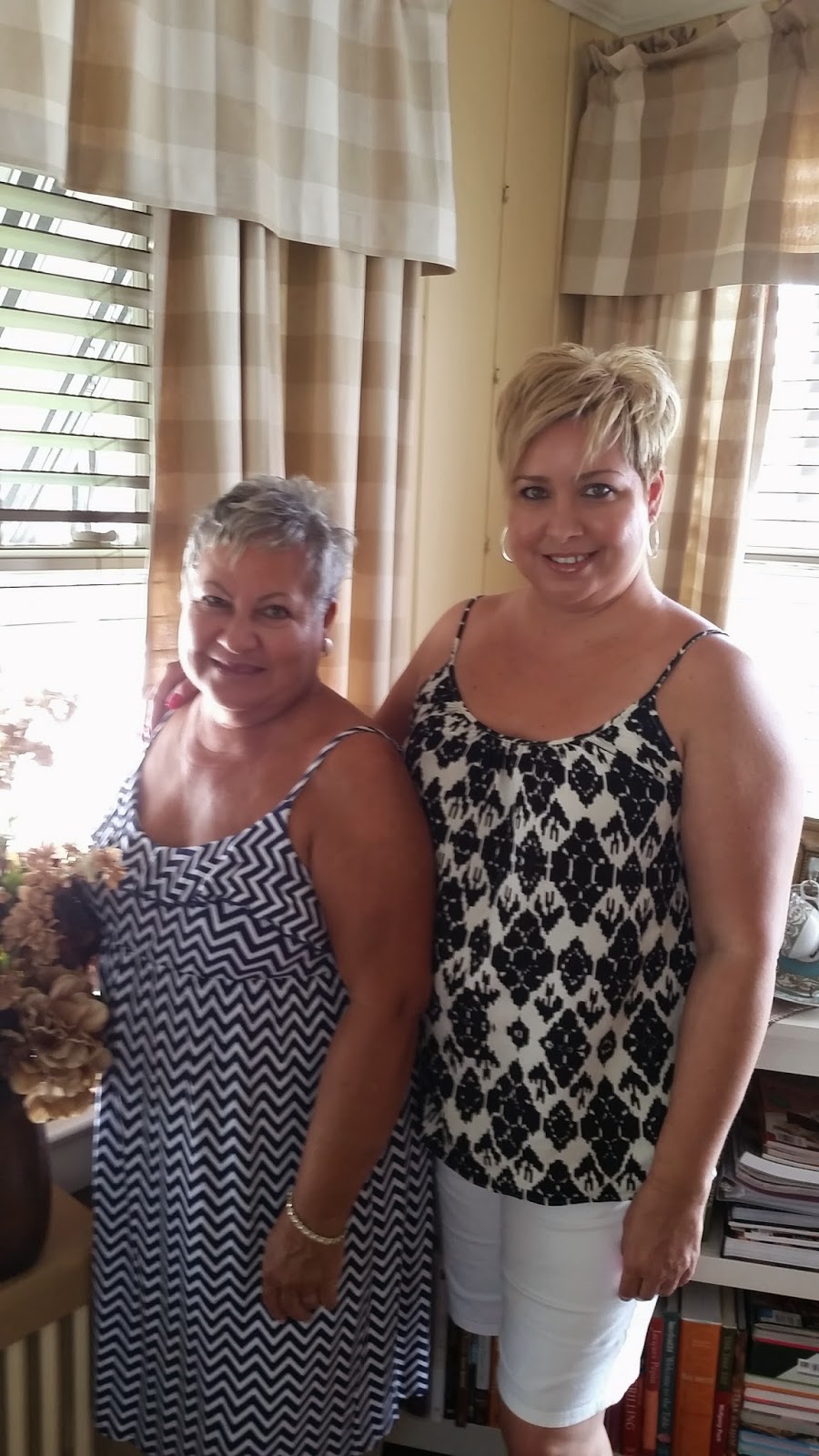 Thank you for visiting my blog today for taking the time to read my mother's story. 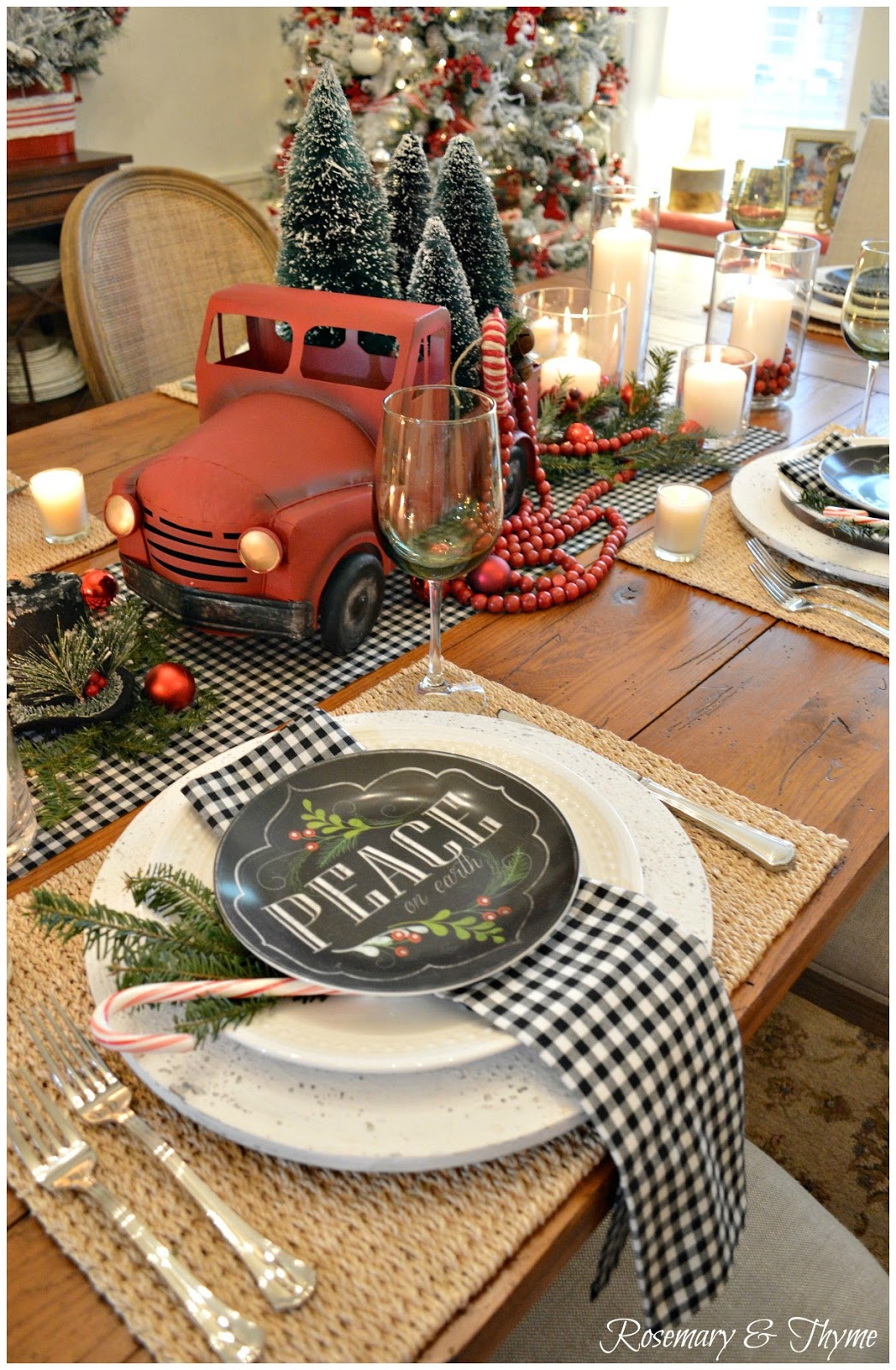 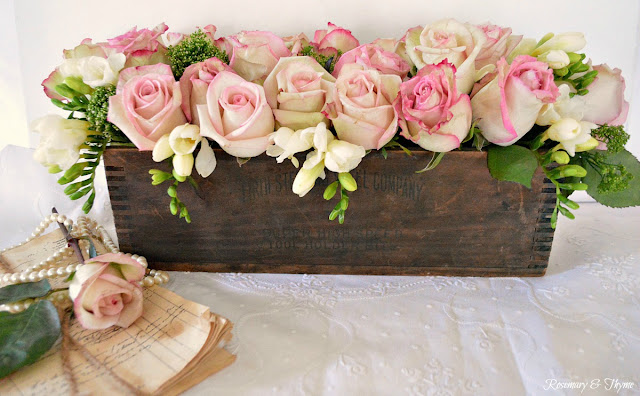 Rosemary and Thyme
My name is Janet and I live in New Jersey. My blog is a mixture of everything that speaks to my heart. Things that I find beautiful, captivating and inspiring...Flowers, gardens, antiques, home decor, entertaining,and cooking. I have a special appreciation for all things vintage and worn. It is the stories they tell that I love most. Join me as I create, style, decorate, redo, and entertain. Thank you for stopping by. Please feel free to leave me your comments. **All pictures on my blog have been taken by me. Please do not use any without my permission** 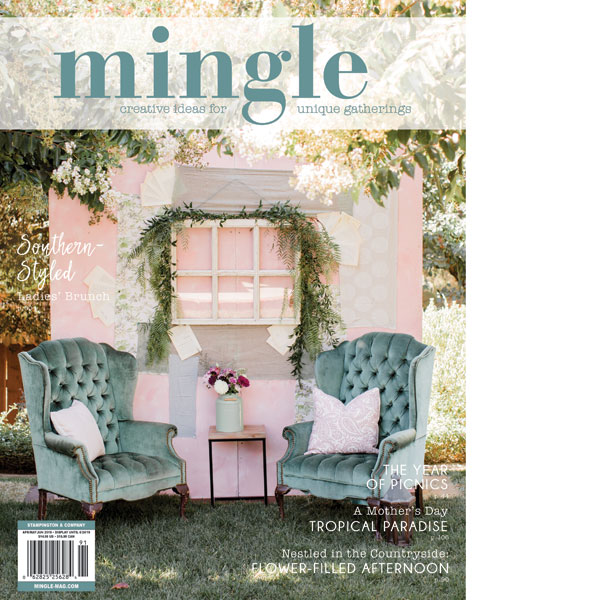 Mom and Me Afternoon Tea with Sasha Nicholas 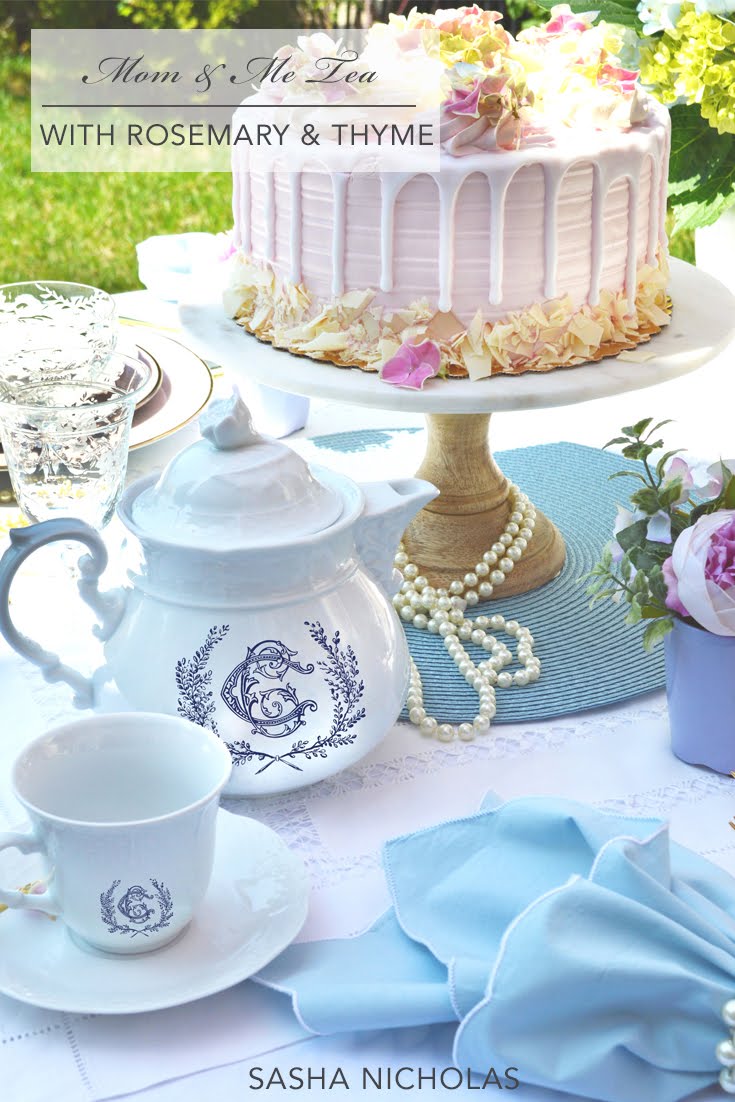 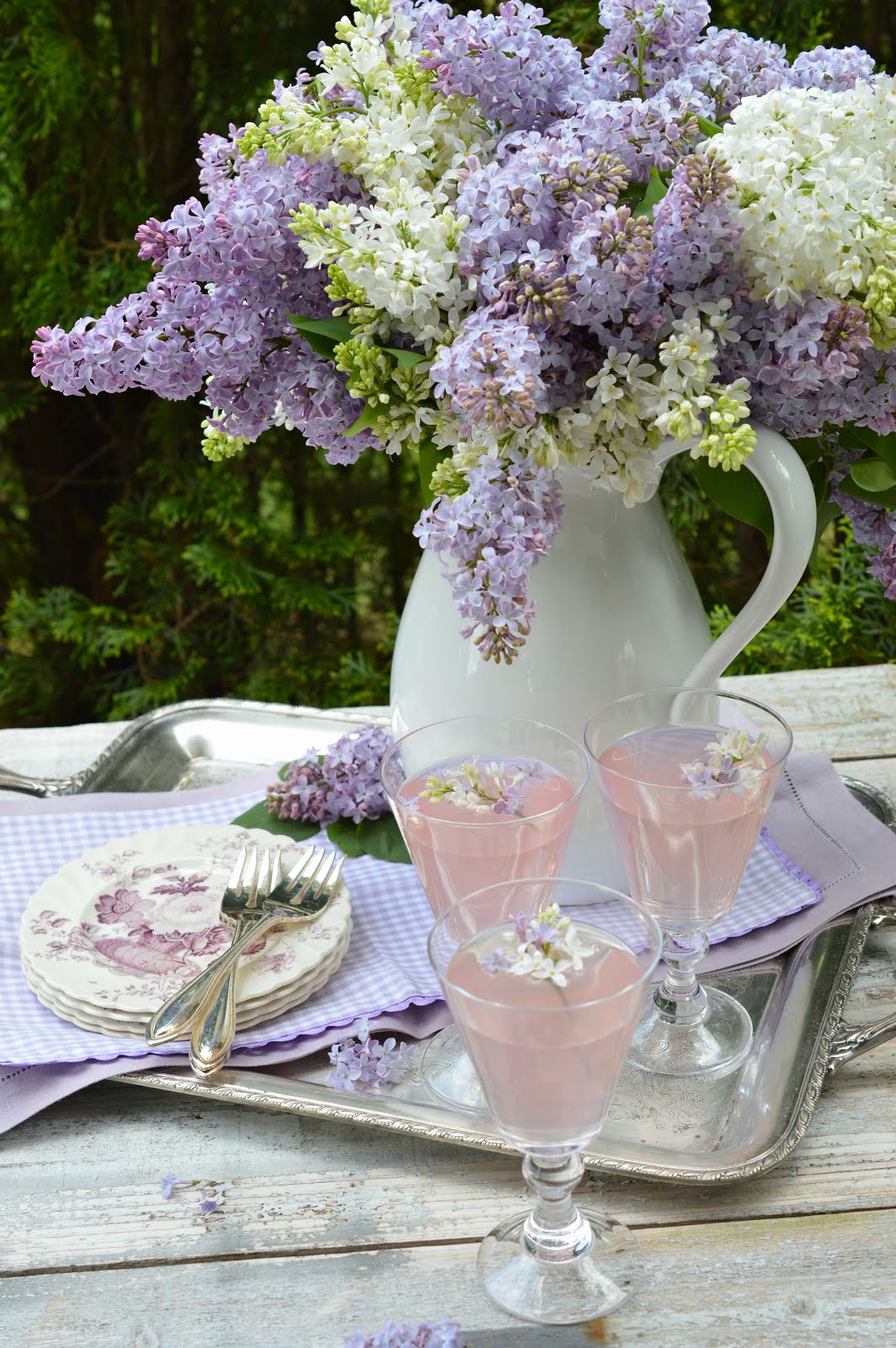 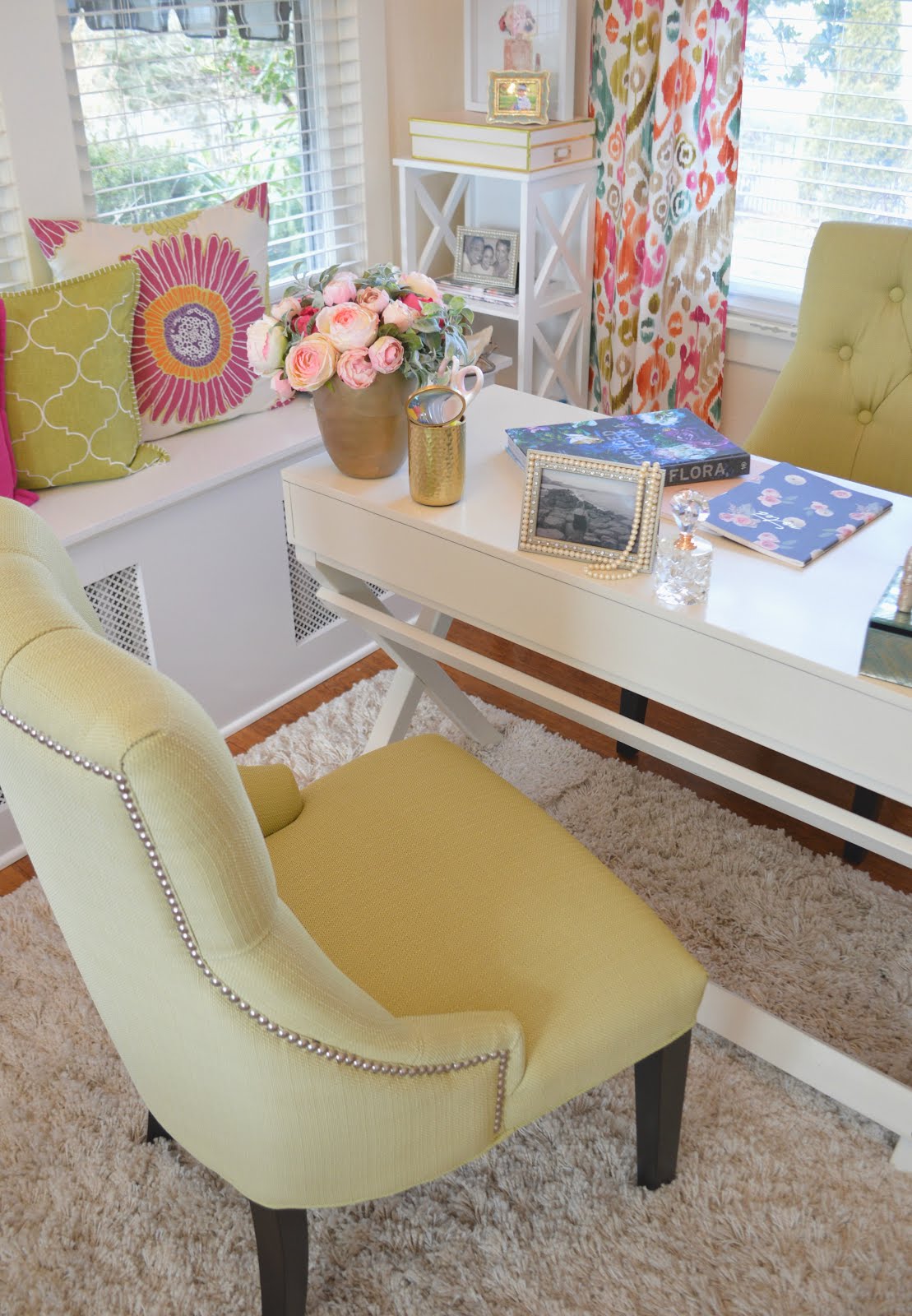 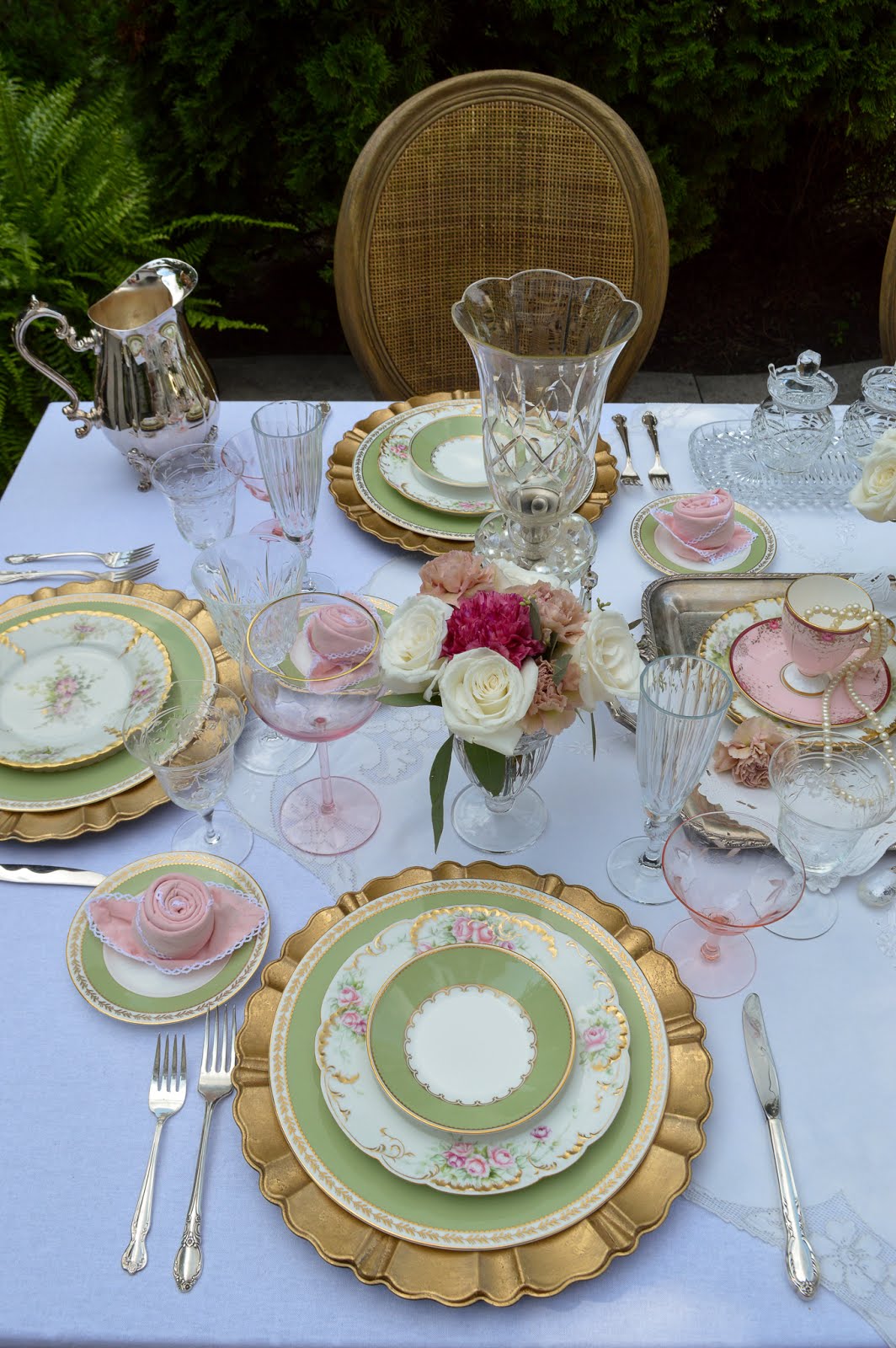 Setting the Table with Limoges 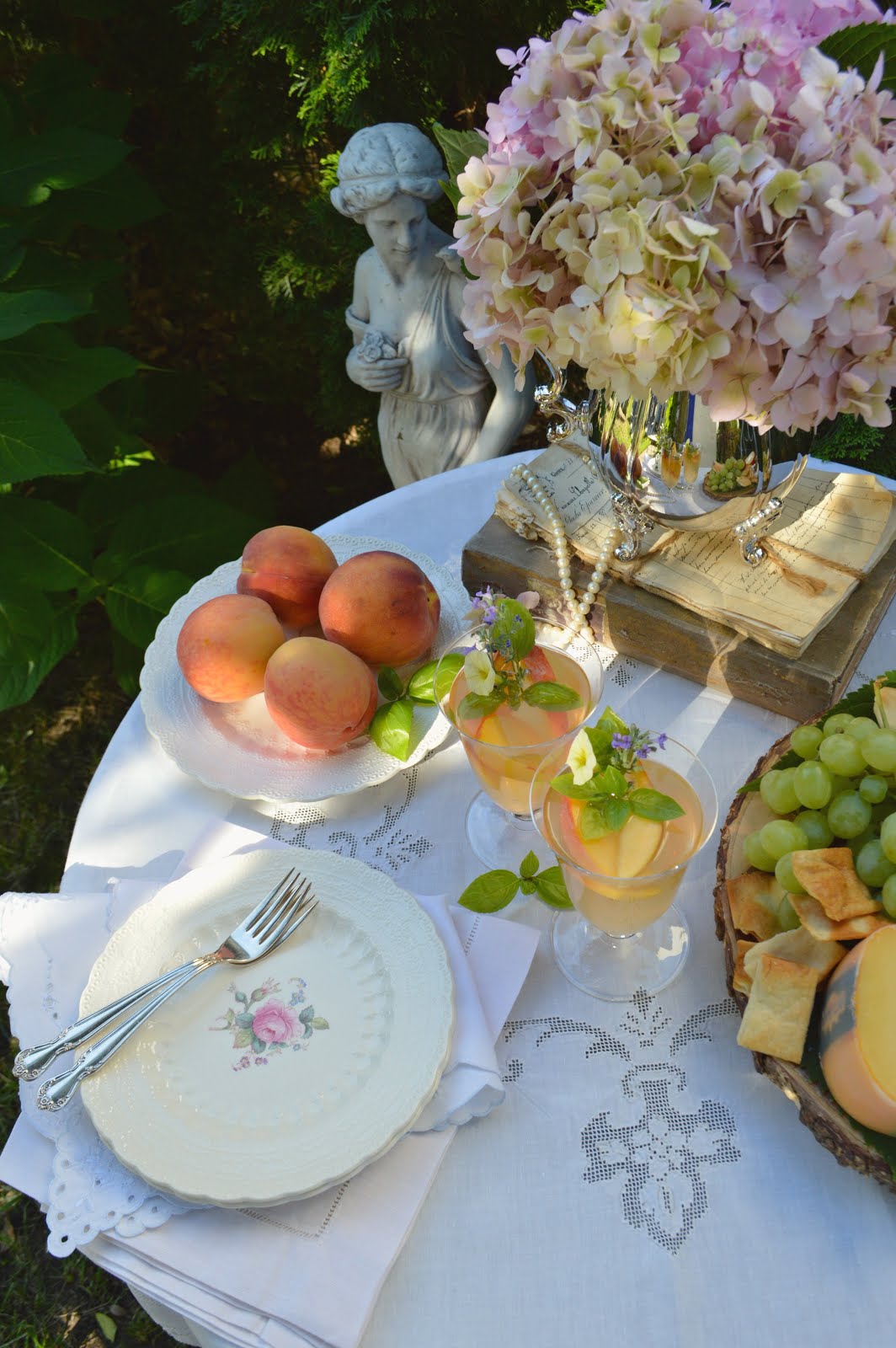 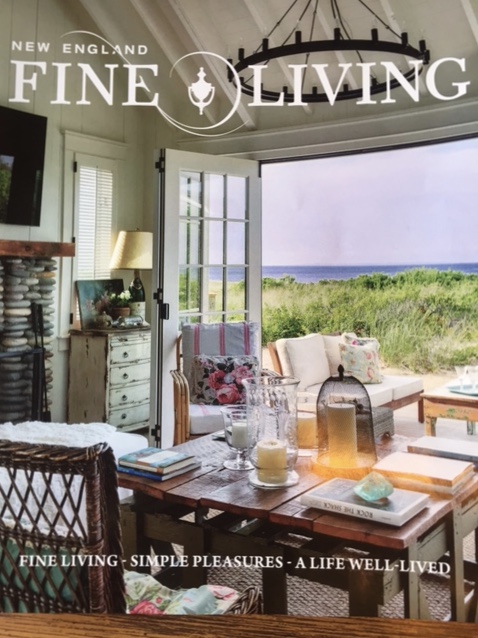 Click on the image to view online version of issue. 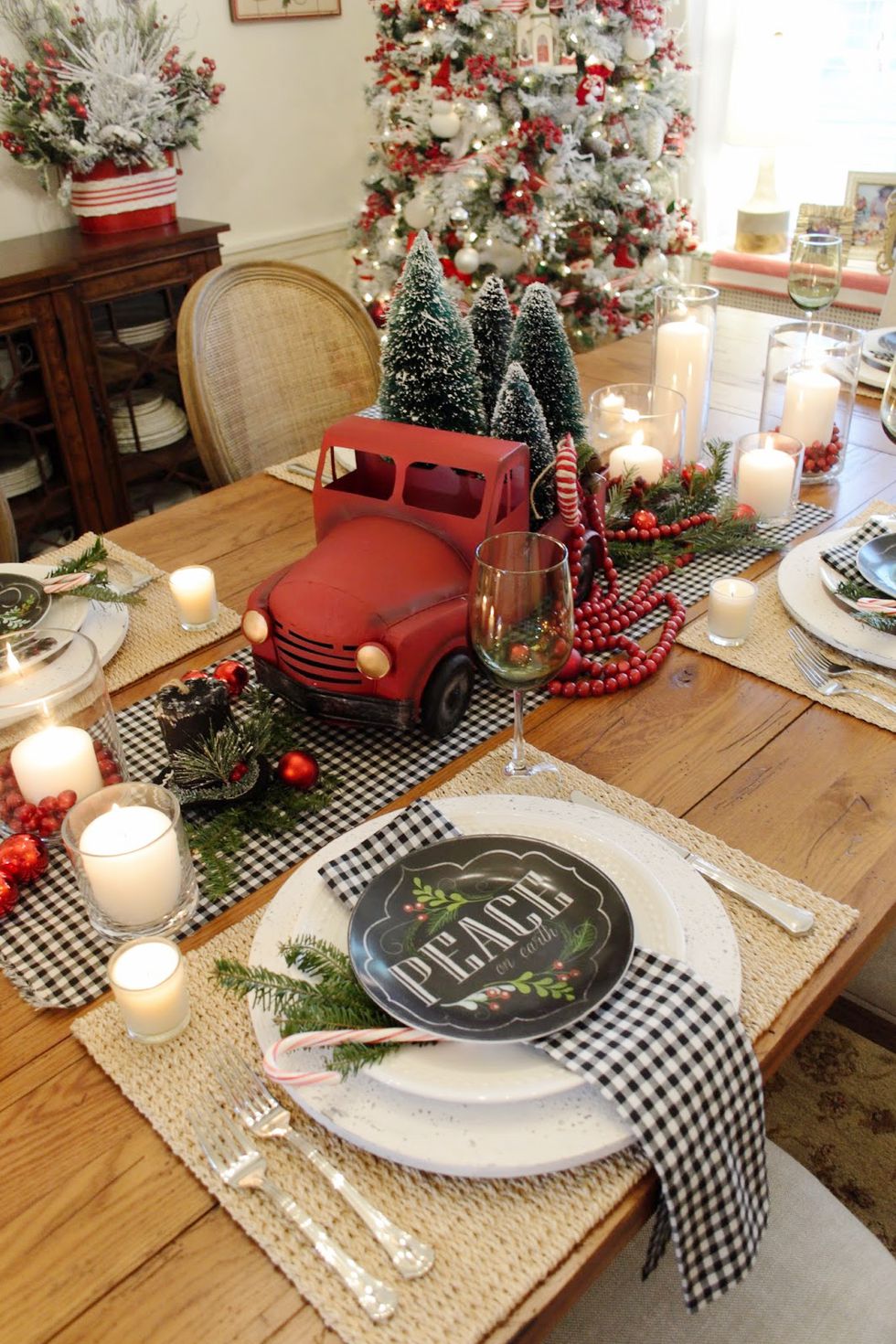 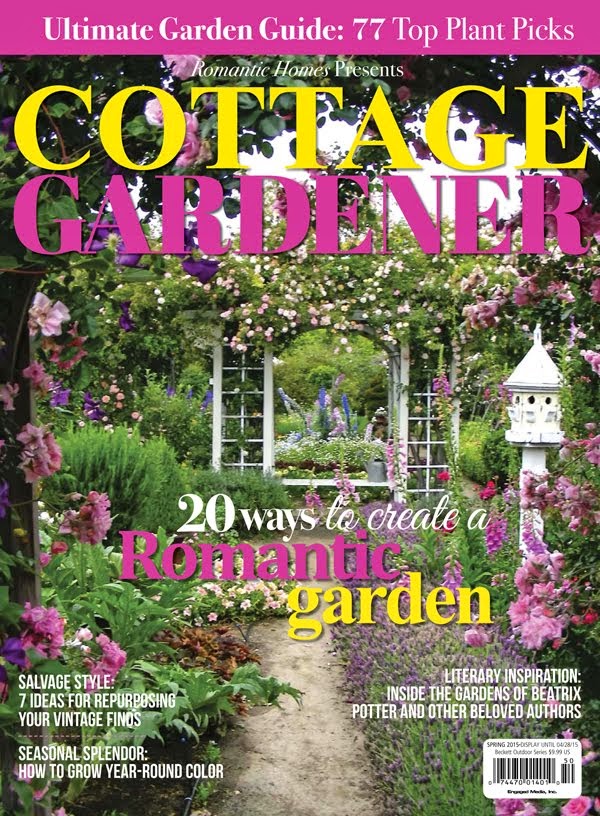 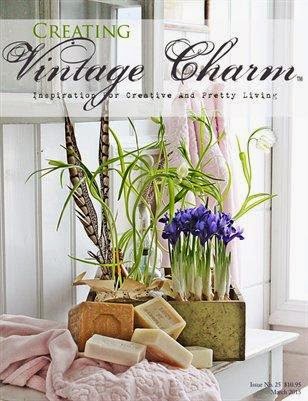 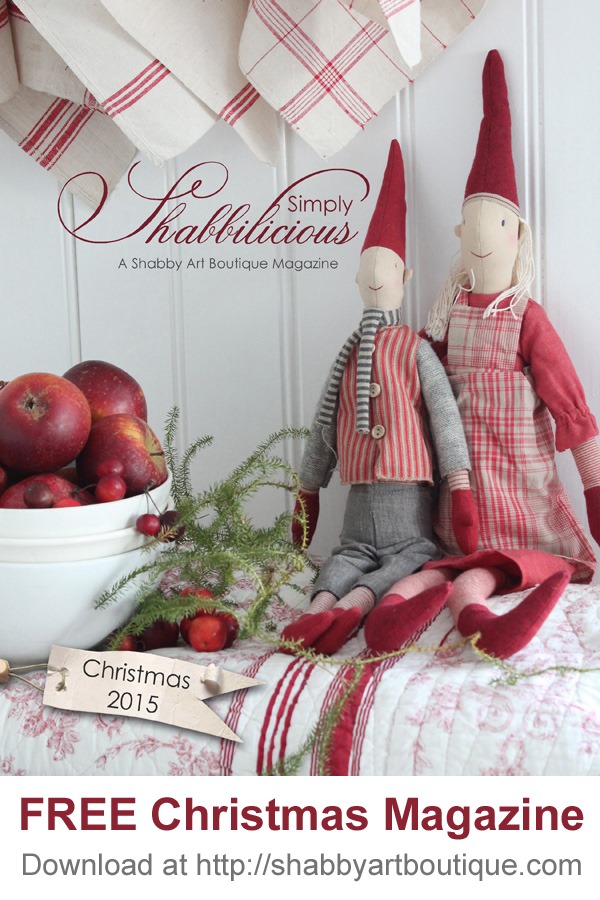 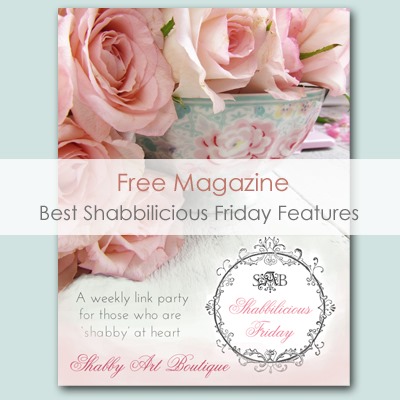 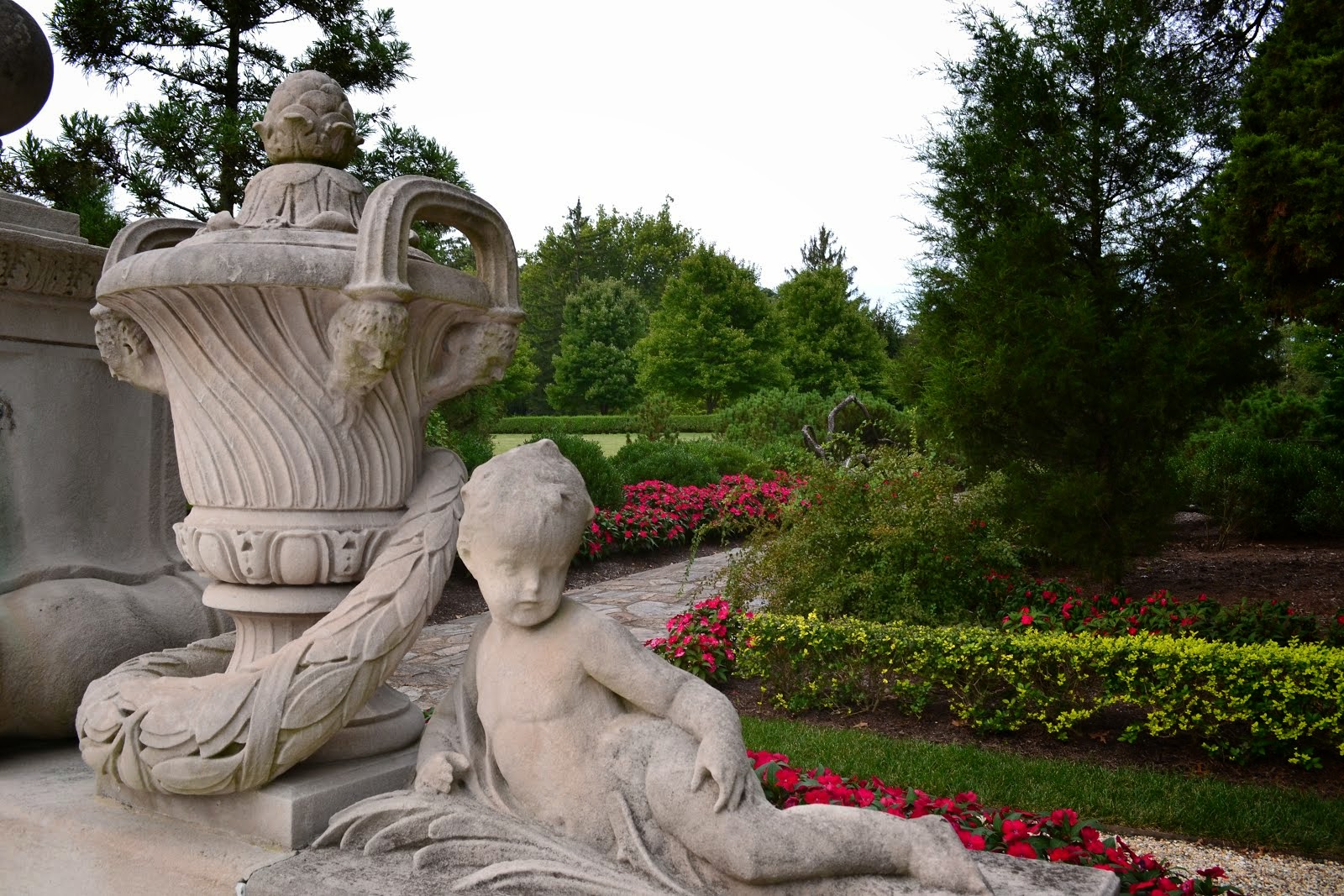